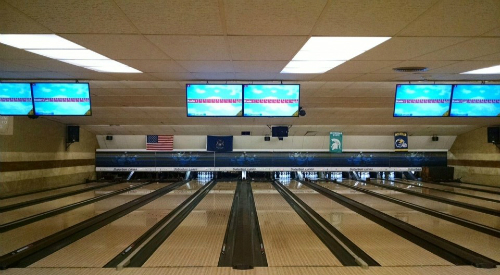 To solve those problems Ron Daniels made his second major investment in the business in four years by removing what are believed to be at least 30-year-old scoring consoles and installing a new system that will include flat screens over the lanes to display bowlers' scores.

"Just like when we did the lanes, we went all out and first class for our customers, like we always do," Daniels said shortly before the scoring system was installed. "We're very pleased to be able to offer this upgrade to our customers, and it's all because of our customers' support."

Suburban Lanes is open for the season and bowlers can see the results of the biggest transformation of the house since it went to synthetic lanes in the late 1980s.

The new “old” (2012) lanes and approaches feature alternating light and dark boards, down-lane markings and board lines to help beginning, intermediate and advanced bowlers improve their scores. The markings also help bowlers with targeting, and the lanes feature bumpers that pop up from the sides of the gutters as well as have a glow feature. Still the newest and finest lanes in the area.

Bowlers are also greeted with a sleek, new Touch Score 3 system in the settee area that is a fraction of the size of the old consoles and, above the lanes, six pairs of 42-inch flat screens that can show scores of up to eight bowlers per lane and feature multiple display options, including television programming.

For serious bowlers who desire the option, the displays will show a bowler's ball speed, something the old Suburban system did not. The screens can also display a bowler's maximum score as the game progresses. "This has a lot more capability than we'll need or use, but like the lanes, we went all out," Daniels said.

League rates, negotiated before the end of last season, go unchanged for the 2016-17 season; open bowling will cost $3.50 a game and shoe rental will be $2, both increases of 50 cents. Sock rental at $2 has been added. A family pack goes for $40 per hour, and lane rental is $15 per hour. 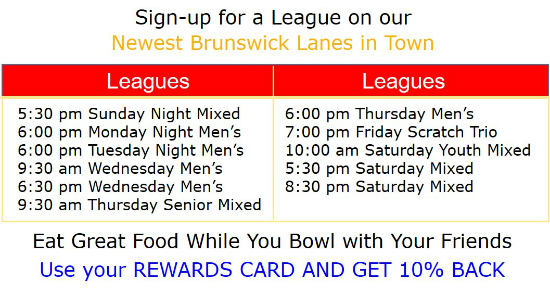